Once again: Which (hassle-free) phone should one buy?

My lineage os phone is falling apart. So I need a new one (not necessarily with Lineage os).
The phone should at least be google-free and should cause little trouble …
Any current recommendations?

I use a S2 with Replicant / FDroid and it works. See also my blog article about it.

In my opinion, you have three options:

P.S. I could not add more than two links.

It’s very difficult to assess hardware, let alone the overall experience and value for money. Replicant contributors have picked some criteria and assembled some information about a few devices:
https://redmine.replicant.us/projects/replicant/wiki/TargetsEvaluation

On Librem I’ve read this recent comment after FOSDEM:
https://jonathancarter.org/2020/02/07/random-bits-from-fosdem-2020/

I would buy a Fairphone 3 unfortunately Fairphone Open is not available for the FP3.

The source code of the kernel of fairphone 3 has been released on December 2019. So fairphone open and above all lineage os are on the way, you have just to wait.

Unfortunately fairphone open is not on the way: “At the moment we are still examining the possibility of making Fairphone Open available on Fairphone 3.”

Fairphone open OS has been released on 23/09/2015.
On fairphone open source page they already released the source code of the kernel and you can follow here the progress.
Custom ROM, lineage OS, is already under development.

i would suggest making phone from scratch since the OSS alternatives does not seems to be comparable to the one that are currently being sold proprietary and generally making circuit board for a phone is pretty easy the only complication that i know of is making a sufficient casing for it.

The circuit board might appear to be easy but, aside from that and the casing, what about everything else?

Which CPU+GPU, modem, Wi-Fi, Bluetooth components would you use?

Which software stack would you run on it?

Which CPU+GPU, modem, Wi-Fi, Bluetooth components would you use?

If it was me i would see if i can make these myself first and based on the results i would choose the most efficient in terms of power assuming that battery life is a concern.

Assuming that i am unable to make any of the components myself:

Depending on usecase i would consider:

Shoudn’t be hard to find some that fits in your design afaik they shouldn’t be pita in terms of firmware.

If you know what you want then it shoudn’t be hard to find, but generally bluetooths/wipi are pita to deal with in terms of documentation and firmware.

Making OLED seems to be possible (https:// www . youtube . com/watch?v=Z4U_osIrY8M) but i did not mess with that yet.

Shoudn’t be a problem there are chips everywhere for this

Also shoudn’t be an issue

These are a problem since they are considered as hazmat (https://www.faa.gov/hazmat/) so getting them through air might be expensive and by land they might arrive under-charged (partially dead).

I would look for these locally where depending on your area you might be able to fid some that fit your design, worst case scenario use the pinks 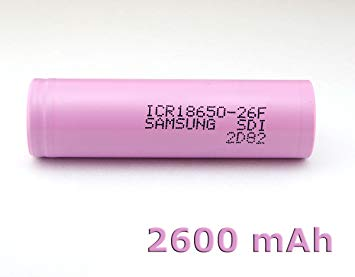 Which software stack would you run on it?

I would consider PostmarketOS, AOSP or forking lineageOS for projects that can be synced with upstream or LFS.

But you should do your own research in terms of choosing hardware since that varies per build.

Also it might be worth noting that FSF has a list of hardware that supports four freedoms on https://ryf.fsf.org/index.php/categories/ethernet-adapters, but they doesn’t seem to have anything relevant.

Librem and pinephone are not hassle-free:

While there aren’t, today, phones with the RYF endorsement, Librem 5 aims to become one[3].

I do not believe that “making a phone from scratch” is “pretty easy”: in fact, it is what many have tried and failed, and what pinephone and librem are aiming to do, with the current status we can see. If entired companies are at this stage, an one-person effort…

So, what about “hassle-free phones”? I don’t think there’s one, but here’s the “close enough”:

You can buy phones with replicant already installed[4]. Unfortunately, neither of them has their hardware fully working (which, for me, is not ‘hassle free’). The other option would be to buy one of the phones currently supported by Lineage OS, and install it yourself[5].

This might not be “fresh news”, but only now I realized that /e/ is actually selling (in europe) fairphone 3’s with their lineage fork pre-installed: https://e.foundation/eos-degoogled-phones/

Do you have any experience with /e/?

There is a review (in german) at https://www.golem.de/news/datenschutz-e-will-google-ersetzen-2004-147396.html which comes to the conclusion that due to outdated apps the system cannot be recommended.